The Kachwaha, also spelled as Kachavaha, Kuchhwaha Kachhawa, Kacchavahas, Kushwaha, Kakutstha, Kacchapghata, and Kurma are a Suryavanshi Rajput clan who ruled a number of kingdoms and princely states in India. The places ruled by the Kachwaha Kings include Alwar, Talcher, Maihar, while the largest kingdom was Jaipur, earlier known as Jainagara. Maharaja Sawai Jai Singh II founded Jaipur in 1727. The Maharaja of Jaipur is regarded as the head of the extended Kachwaha clan. Other than the state of Rajasthan, the Kachwaha Kings are found in Madhya Pradesh, Uttar Pradesh and Bihar, but are chiefly found in Muzaffarnagar, Meerut, Muttra, Agra and Cawnpore. Many Kachwaha Kings came from the Gwalior to Jalaun, where settlements were established in Etawah. The Kachwaha Kings of Bulandshahr have descended from Narwar and the Kachwaha Kings of Muzaffarnagar call themselves Jhotiyana.

The sub-clans of the Kachwaha Kings count upto 71 and recognized sub-clans of the Kachhawa clan are Rajawat, Sheobramhpota, Shekhawat, Nathawat, Naruka, Khangarot and Kumbhani. Raja Prithiviraj organized his clan and had twelve main houses, which were regarded as eminent system. Among twelve houses called the Bara Kotris, nine were his sons and grandsons and three houses from his forefathers. the.

The Kachhawas are the descendants of the Surya or Sun Dynasty from the ancient Kshatriyas. Specifically, they claim their origin from Kusha, the younger of the twin sons of Rama and hero of the Ramayana, to whom patrilineal descent is from Surya. However, it has been suggested that Kachwaha Kings is a diminutive of the Sanskrit combined word `Kachhahap-ghata` or `Tortoise-killer`. 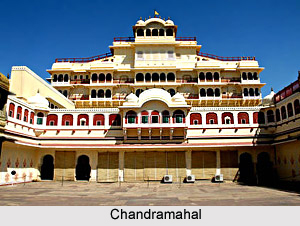 According to Vishnu Purana, Bardic chronicles and popular tradition, Sumitra was the last king of this dynasty in Ayodhya. In the fourth century BC Mahapadma Nanda of Nanda Dynasty included Ayodhya in his empire and Kushwahas were forced to leave. Kurma was son of Sumitra then migrated from their parental habitat and established them self at the bank of the River Son, where they constructed a fort and named it Rohtas (Rahatas) fort. The powerful districts were Kutwar, Gwalior, Dubkhund, Simhapaniya and Narwar (Nalapura). The clan then occupied Narwar in the 10th century and remained there until Parihara Rajputs captured Narwar in the 12th century. The Kachwahas were in Narwar several centuries earlier and after the downfall of Kannauj in the 8th-10th century, the Kacchapaghata state officially emerged as a principal power in the Chambal valley of present-day Madhya Pradesh.

The rise of the Kachwahas in Madhya Pradesh is closely associated with Suraj/Surya Sen, a Kachwaha prince of the 8th century, who was responsible for the building of Gwalior fort and the founding of that city. In the oldest section of Gwalior fort there still subsists as a sacred pond known as the Suraj-Kund. 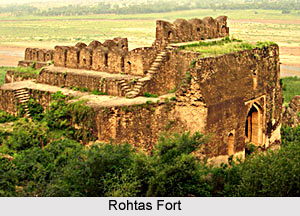 According to an inscription in the Sas-Bahu temple in the Gwalior fort, Vajradaman (Vazradaman) (964-1000 AD), the successor of the Kacchapaghata ruler Laksmana (940-964 AD) subsided the rising power of the ruler of Gandhinagara (Kannauj). According to Bardic chronicles and popular legend, Mangalraja succeeded his father Vazradaman. Mangalraja had two sons Kirtiraj (Kirtirai) and Sumitra. While Sumitra got Narwar to possess, Kirtiraj got Gwalior. Kirtiraj, also formed the temple city of Simhapaniya (present-day Sihonia) and got a Shiva temple constructed to fulfill the wish of his queen Kakanwati. The Kakan Math temple was built from 1015 to 1035 A.D and is 115 ft (35 m) high. Interestingly Simphaniya was a flourishing center of Jainism. After Sumitra, Madhubramh, Kanh, Devanik, and Isha Singh ruled Narwar. The famous Sas-Bahu inscription is dated to 1093 AD and it provides the genealogy of the ruling family up to Mahipal who died sometime before 1104 AD. 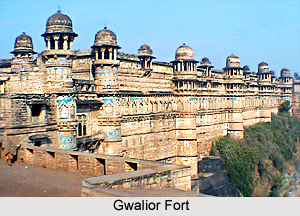 The Kachwahas provided the Mughals some of their most eminent generals. Raja Bhagwant Das (1575-1589) introduced the secret of artillery production from Lahore to Amber in 1584, soon cannons began to be made at the foundry in Jaigarh Fort, much to the annoyance of the Mughals who kept the secret to themselves ever since they used it in the grand battles, against the Lodhis and the Rajputs. In 1589, Bhagwant Das was succeeded by Raja Man Singh I (1589-1614); they contributed much to establishment the Mughals rule. Sawai Jai Singh II (1700-1743), a grandson of Mirza Raja Jai Singh I, was known to be supremely talented on the battlefield. Maharaja Sawai Jai Singh II found the city of Jaipur and constructed a palace for Royal family. Sawai Man Singh II was the last ruler of Jaipur, after his death in 1970, he was succeeded by his eldest son Sawai Bhawani Singh of Jaipur, who in Democratic India reigns as current head of the Kachhawa Kings.

Some of the Kachwaha Kings in Dhundhar are as follows –